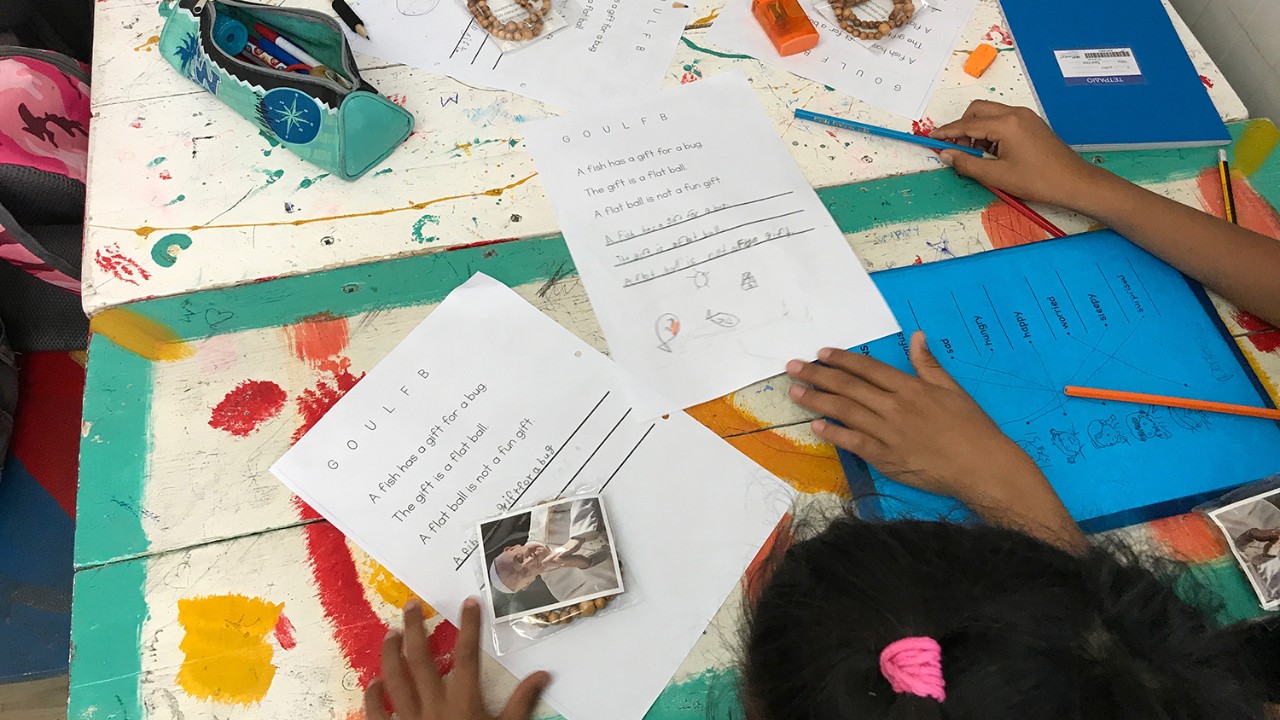 On 8 May 2019, Cardinal Konrad Krajewskivisited the refugee camps of Moria and Kara Tepe before concluding his journey among the migrants of Lesbos. Archbishop Jean-Claude Hollerich, President of Comece, and the Archbishop of Athens, Sevastianos Rossolatos, accompanied him. The Apostolic Almoner donated 100 thousand euro as a contribution to the precious work of Caritas Hellas Greece in favour of asylum seekers and refugees. The Director, Maria Alverti, participated in the mission and received the money on behalf of the charitable activity of the local Church.

This donation is a gesture of concrete solidarity on the part of Pope Francis to the realities operating in that area. Through it, he demonstrates his care for, and closeness to, refugees and migrants living in local reception centres, three years after his visit to the Greek island of Lesbos. In the face of deteriorating living conditions and the suffering of these migrants, the Holy Father offers this contribution of 100 thousand euro to address immediate necessities and “to support Caritas Hellas which operates in the area”. According to the Papal Almoner, “Pope Francis wants to be a bridge for these people to a better life, the 'promised land'. Here we see many children, many pregnant women, who for months have been waiting for Europe to open its doors, because there is no hope for them here”. Recalling the Pope’s visit to Lesbos in 2016, Cardinal Krajewski said the Pope, in his heart, has remained in these refugee camps, “he never left”.