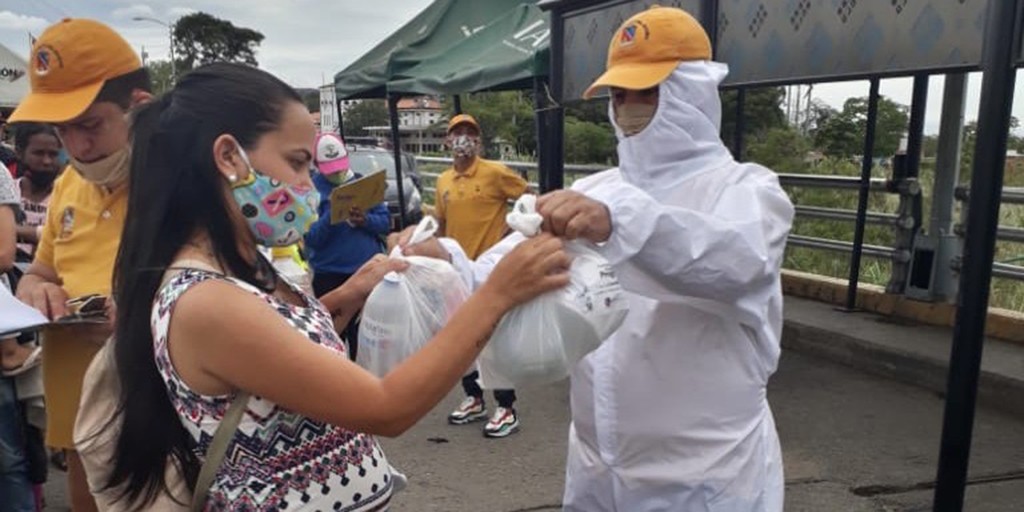 During the annual meeting held online, 2020 July 29-30, the board of directors of the Populorum Progressio Foundation selected 138 social development projects from among the numerous proposals, developed by the Latin American and Caribbean communities and regions most in need.

In addition to these, another 30 food aid projects already in operation, were approved earlier by the board of directors in June.  This was in response to a request by Pope Francis, as a collaboration between the Foundation and the Vatican Covid-19 Commission, which the Pontiff established in March in the Dicastery, in collaboration with other dicasteries of the Roman Curia and other agencies.  The 168 projects in 23 countries express the Church's concern and love for the entire human family in the face of the ongoing pandemic.

The board of directors also analyzed the consequences of the coronavirus pandemic in the region.  The projects selected aim at helping mitigate the short and mid-term effects of the virus.

At the virtual meeting, Cardinal Peter Turkson, the prefect of the Dicastery, who is the president of the Foundation, thanked and encouraged the members to continue working with dedication and enthusiasm on behalf of those who need their support in this difficult situation.

Among the several participants in the annual meeting were representatives of the Committee for Charitable Interventions in favour of the Third World of the Italian Bishops’ Conference (CEI), which finances most of the projects. Also present were delegates from Cross Catholic Outreach, an American charity that has been funding a significant number of them since 2018.

In collaboration with the Italian Church, the Foundation aims at promoting the integral human development of farmers’ communities (campesinos), indigenous peoples and African Americans of Latin America and the Caribbean. This way, it bears witness to the closeness of the Pope through the works of charity that are accomplished.

“In the face of this crisis of global proportions that we are experiencing, these projects are intended to be a tangible sign of the Pope's charity,” said a statement issued at the end of the meeting.  It also appealed to all Christians and people of goodwill to practice the virtue of charity and solidarity ever better, ensuring that during this pandemic "no one is left behind", as the Holy Father Pope Francis has asked.

Founded in 1992 by Saint Pope John Paul II, on the occasion of the 5th centenary of the evangelization of the Americas, the Foundation is headquartered at the Vatican’s Dicastery for Promoting Integral Human Development, while its operations secretariat is in Bogotá, Colombia.

There are 3 other foundations for papal charities within the Dicastery, namely, the John Paul II Foundation for the Sahel, Justice and Peace Foundation and the Good Samaritan Foundation.