The COC Emergency Fund was instituted on 18 April 2020 to guarantee extraordinary aid for countries under the Department's purview. Thanks to this and to the ROACO agencies, it has been possible to support Covid healthcare projects and to offer contributions aimed at guaranteeing subsistence to those who are threatened by the pandemic. The first resources allocated for the coronavirus crisis by the Congregation for the Oriental Churches made it possible to provide ventilators in Syria and Jerusalem.

The data were delivered on 21 December 2020 to the Holy Father by Cardinal Leonardo Sandri, Prefect of the Congregation for the Oriental Churches, during the Audience with the Roman Curia on the occasion of the presentation of Christmas greetings.

Vatican’s Congregation for the Oriental Churches sets up coronavirus fund 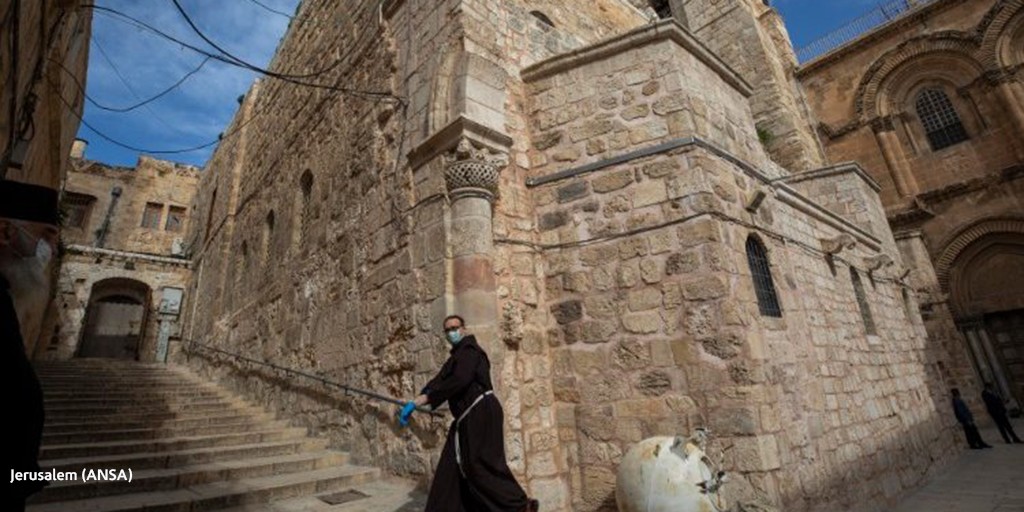 The Vatican’s Congregation for the Oriental Churches (CEC) has set up the “Fondo Emergenza CEC”, an emergency coronavirus fund, in response to the invitation of Pope Francis not to abandon the suffering, especially the poorest, in facing the global crisis caused by the pandemic.

In a press release on Saturday, the CEC said that the initiative comes on the eve of the feast of Divine Mercy, and as many Christians of the Eastern Churches who follow the Julian calendar, are currently observing in their Holy Week, commemorating the passion, death and resurrection of Jesus.

The fund has been created with the active collaboration of the international and local offices of the Catholic Near East Welfare Association (CNEWA) and the Pontifical Mission for Palestine (PMP), in constant touch with the agencies of the “Riunione Opere Aiuto Chiese Orientali” (ROACO), or “Reunion of Aid Agencies for the Oriental Churches”.

The Congregation said that they are able to support some relief efforts, drawing also from the Collection for the Holy Land, which was scheduled for Good Friday, April 10, but has been postponed to 13 September because of the pandemic.

The Collection for the Holy Land normally guarantees subsidies for the life of the Churches in the East.

The CEC said that the Dicastery for the Promotion of Integral Human Development and the General Secretariat of Caritas Internationalis will be kept informed of every intervention.

On the suggestions of the Apostolic Nunciatures, the following donations were immediately dispatched on behalf of the Holy Father:

SYRIA:  10 ventilators, in collaboration with AVSI, an NGO, to be shared by three centres of the “Open Hospitals” project.

HOLY LAND: 3 ventilators for St Joseph’s Hospital in Jerusalem, the purchase and supply of diagnostic kits for Gaza and an extraordinary contribution for the work of the Holy Family Hospital in Bethlehem.

Other proposals from other countries are being studied.

Despite the economic uncertainty, the Congregation is assuring its annual aid to schools and Catholic universities, as well as assistance to the displaced in Syria and Iraq and the refugees in Lebanon and Jordan. This will be carried out in collaboration with the Catholic agencies of ROACO.

The Congregation for the Eastern Churches urged prayers that humanity be freed of the evils afflicting humanity, and the Church joins others in genuine solidarity and fraternal love.